Learn more about Lisbon - one of the best cities in the world! No doubt! 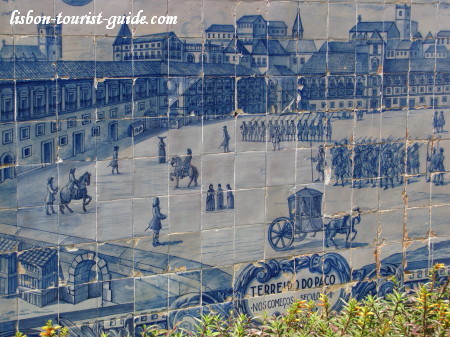 
Lisbon is the capital of Portugal and its largest city.

When you hear someone talk about Lisbon, that person is probably talking about the city.

But he/she can be talking about larger territories than the city itself.

That's because there are four different areas that we call Lisbon:

This page is about the Lisbon City - the capital of them all.

You can learn more about the areas mentioned above by following the link provided in each one.

If you learn the differences between the Lisbon Areas and the information provided in this page, you will know more about Lisbon than a large number of people living here.

Lisbon in the Portugal Map

This is the Lisbon location in the Portugal Map. 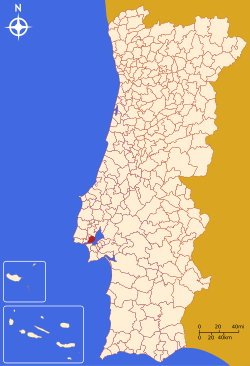 Lisbon in the Portugal Map

You can find me in any one of them but I sleep in São Domingos de Benfica (one of the 53 between Benfica, Carnide, Lumiar, Campo Grande and Campolide). 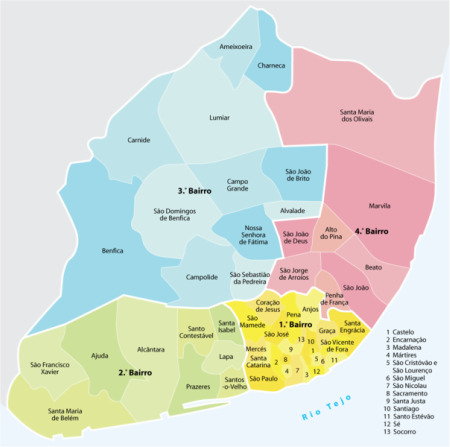 
The Flag and the Seal (Coat of Arms) have taken many forms over the ages. The original ones go back to the Middle Age and have obvious religious roots. Click on the images to enlarge.

The official Flag of Lisbon is a gyronny of eight black and white triangles behind its Seal.

The same colours were (and still are) used by the Order of Preachers, also known as the Dominican Order.


The Seal is composed by a golden shield with a black silver lined sail ship which represents the boat that brought the relics of Saint Vincent (one of the Patron Saints of the City) from Algarve to Lisbon in the year of 1173.

This event was order by D. Afonso Henriques (first Portuguese King) after he conquered Lisbon from the Arabs (in the year of 1147).


The Seal has also two ravens on the both ends of the ship representing two funeral sentinels guarding the Saint.

They are both pointing to the center of the shield. The boat is sailing on seven wavy stripes green and silver.

The shield has a golden crown with five towers (indicating the status of capital and city).

It has also a collar of the Ordem da Torre e Espada do Valor Lealdade e Mérito (Military Order of the Tower and of the Sword, of Valour, Loyalty and Merit).

Finally it has a white scroll with the motto "MUI NOBRE E SEMPRE LEAL CIDADE DE LISBOA" (most noble and always loyal city of Lisbon) in black.

According to the latest statistics available, Lisbon City has about 499,700 inhabitants (2007).

The Lisbon city has an extension of about 85 Km2. And I can assure you than almost every Km2 is worthy a visit.

The main religion is Lisbon is the Catholicism. Other religions can also be freely practised.

Lisbon has two Patron Saints: Saint Anthony of Lisbon and Saint Vincent. The City holiday is celebrated in the 13th of June (Saint Anthony's Day).

A telephone area code means that you don't have to dial that certain code when you are in that area, only when calling from outside.

All numbers are to be dialled exactly the same way anywhere inside the national territory.

The previous telephone area code was the "21" and even now all the telephone numbers (fixed line) in Lisbon start by "21".

Portugal telephone code is the "351". Remember to dial the "+" signal or the "00" to access exterior numbers from your country.

When in Portugal you don't need to dial this code.


Find out more about Lisbon

More on the Regions mentioned above

Return to Homepage from About Lisbon

Subscribe the Lisbon e-zine to receive the latest news in your mailbox!